WNBA star Maya Moore announced Wednesday that she had married the love of her life- Jonathan Irons, the Missouri man, through her advocacy, had been freed from prison after a 22-year-old wrongful conviction was overturned earlier this year.

During an appearance on Good Morning America Wednesday, Maya, 31, revealed on Wednesday September 16, that she and Irons, 40, got married earlier this year.

“We wanted to announce today that we are super excited to continue the work that we are doing together, but doing it as a married couple,” Moore said. “We got married a couple months ago and we’re excited to just continue this new chapter of life together.”

The basketballer later took to Instagram to share a lovely photo from their wedding with the caption: “Grateful to announce this new chapter of life! What a miracle.”

Grateful to announce this new chapter of life! What a miracle ❤️🙏🏽❤️

Irons was arrested in 1998 and charged with the burglary and shooting of a suburban St. Louis home. Irons, who was 16 at the time of the shooting, was convicted by an all-white jury and sentenced to 50 years in prison.

According to SB Nation, the prosecution’s case hinged on the testimony of the homeowner, Stanley Stotler. Stotler identified Irons as the man who had broken into his home, but Irons denied he was at the scene at the time. Police also alleged that Irons committed to the crime, which Irons denies.

Maya first met Irons in 2007 through a prison ministry program when she was 18 years old. At the time, she was beginning her basketball career at UConn, where she would go on to win back-to-back NCAA titles. 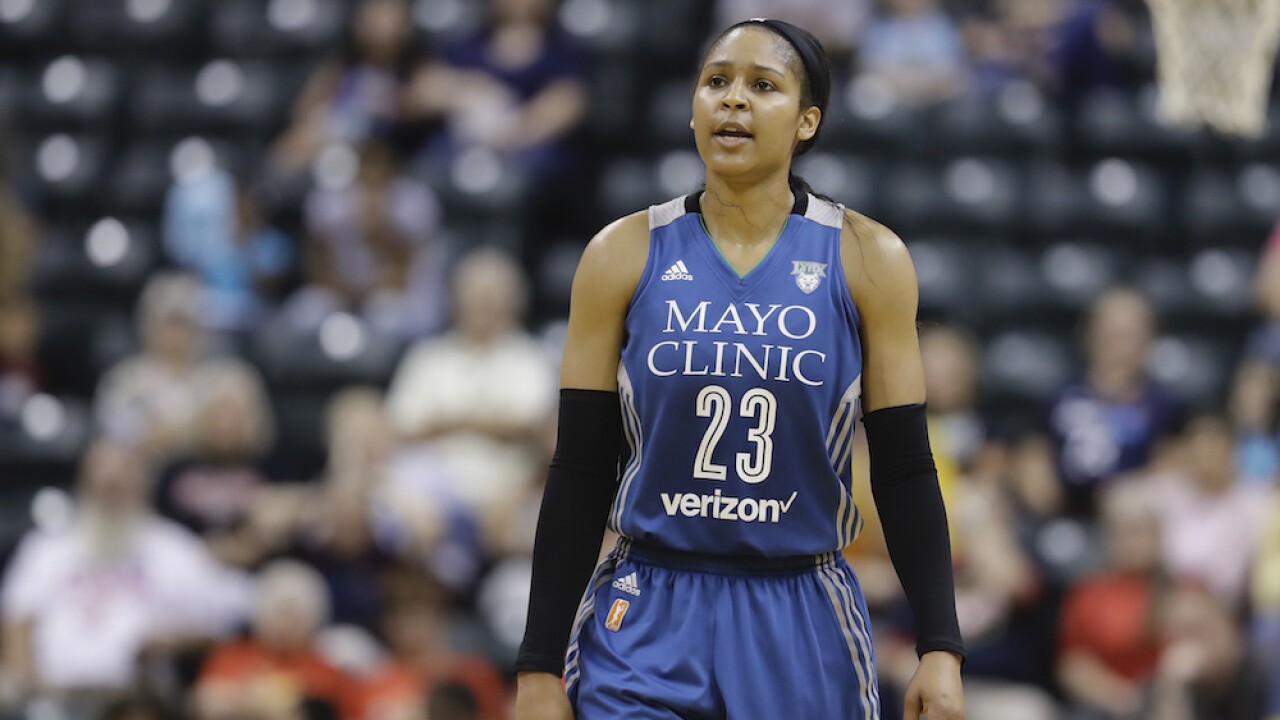 Maya and Irons developed a friendship and stayed in touch throughout the years. On GMA Wednesday, Irons said that as their relationship evolved, they began to develop romantic feelings for each other.

Irons, who is now a justice reform activist, said in the interview that he first proposed while he was still in prison, but didn’t want to “trap her ” from fulfilling her dreams.

“I wanted to marry her but at the same time protect her because being in a relationship with a man in prison, it’s extremely difficult and painful,” he said. “And I didn’t want her to feel trapped and I wanted her to feel open and have the ability anytime if this is too much for you, go and find somebody. Live your life. Because this is hard.”

Maya who is sitting out from playing basketball for the second straight season, has won two NCAA titles with Connecticut, four WNBA titles with the Minnesota Lynx, and two Olympic gold medals.

Photos of six couples, 2019 Batch C NYSC members who met and got married during service year in Anambra

When it Comes to Marriage, Do What Works For You