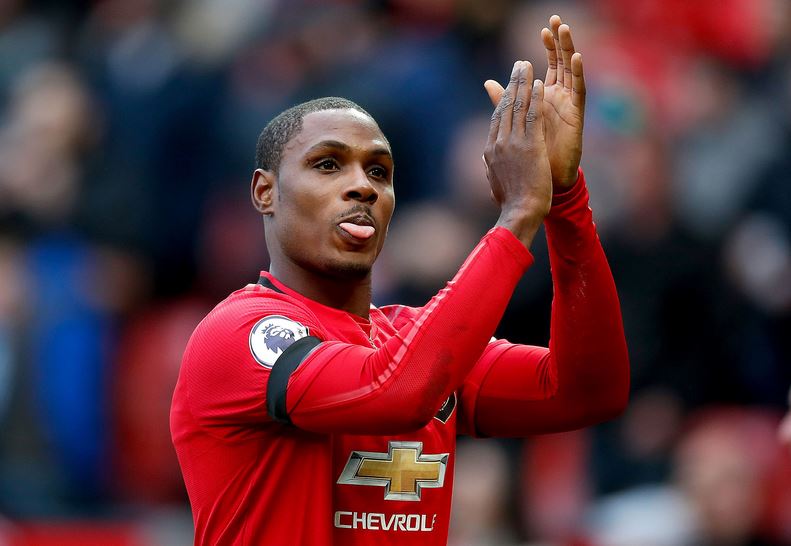 One of the highly celebrated Nigerian footballers, Odion Ighalo has returned to Shanghai Greenland Shenhua after his loan deal with Manchester United came to an end.

The former Nigeria international joined the Reds on a temporary basis in January 2020, initially until the end of May.

Ighalo made an immediate impact at Old Trafford, scoring twice against Derby County in the Emirates FA Cup and registering Europa League goals versus Club Brugge and LASK, before the COVID-19 pandemic resulted in the suspension of all football in March.

With the 2019/20 campaign continuing into the summer, United reached an agreement to extend Odion’s loan until this month, and the 31-year-old soon added another strike to his tally, opening the scoring in the 2-1 FA Cup quarter-final win at Norwich City and becoming the first player for 95 years to score in his first four starts for the club.

Overall, Ighalo made 23 appearances for United, scoring five goals. Taking to Instagram, the ex-Watford man, who is, of course, a fanatical Red, thanked the players, staff and supporters.

A number of current Reds commented on the post, to say farewell to the striker.

Club captain Harry Maguire wrote ‘All the best mate’, while Bruno Fernandes posted a message in Italian which translates as ‘We will miss you.”

“We’d like to join the players and thank Odion for his efforts while at the club and wish him all the best for the future,” the club said.

In its farewell to Ighalo on Twitter, Manchester United added, “@IghaloJude lived his boyhood dream.

“He pulled on the famous red shirt. He scored in front of a packed Old Trafford. He was the first Nigerian to represent the club. Nothing will ever change that.

Thank you and good luck, Odion — you’ll always be a Red.”

Video: Woman strips Naked at gym after her cat was denied entry