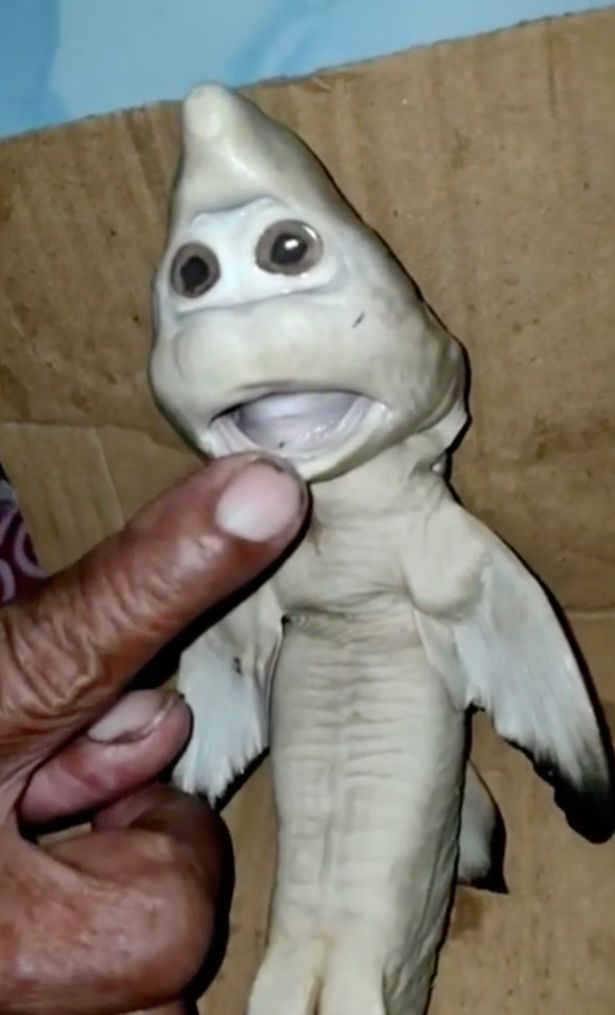 A fisher man in Indonesia has expressed shock after finding a mutant babyshark with a human face.

Abdullah Nuren found three pups inside a mother shark and noticed one of them was deformed, according to DailyStar UK. He has preserved the mutant pup as he believes it will bring him good luck

A fisherman was left baffled when he cut open a shark to find an odd-looking pup with an uncanny human-like face.

Abdullah Nuren, 48, accidentally caught the apex predator while he was out fishing off the island of Rote Ndao in East Nusa Tenggara province of Indonesia on Sunday, February 21.

Little did he realise, the beast was pregnant with three pups and he found one of them with a distinctive feature – two large round eyes underneath its nose.

In the video, Abdullah places the baby shark in a paper box and puts him in a position that is revealing the belly.

The unborn mutant pup has its eyes right under the pointed snout, rather than at the two sides.

With its mouth remaining open, it looks like the creature has a human face.

Abdullah said it was the only pup to have been so deformed after catching its mum. He explained: “I initially found a mother shark caught in the trawler net.

“The next day I split the belly of the mother shark and found three pups in the stomach. Two were like the mother and this one that looked like it had a human face.” 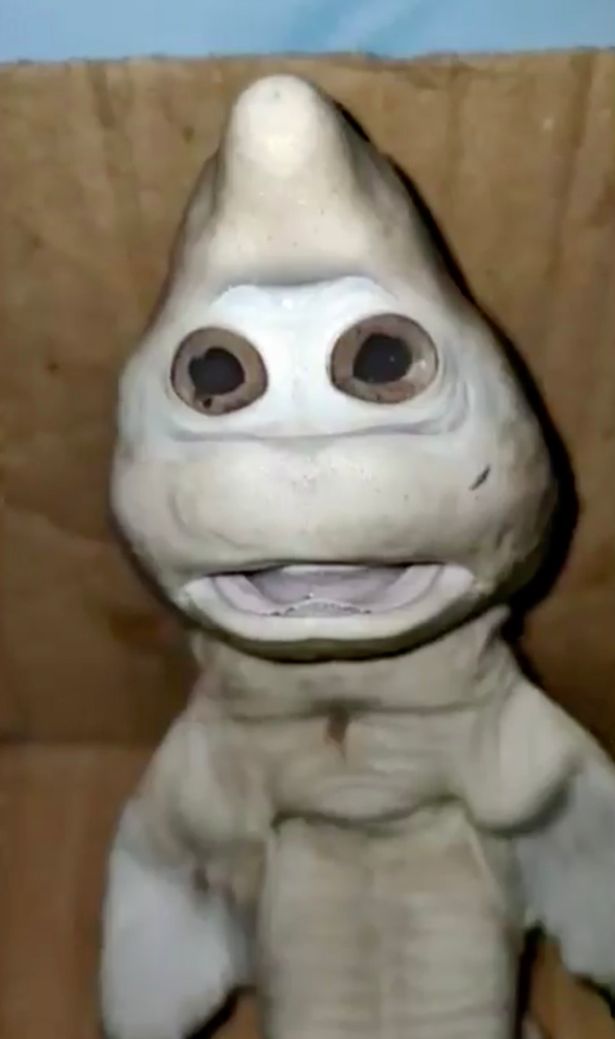 The fisherman said he took the baby shark home to his family who helped him to preserve it . He said that neighbours offered to buy the shark but he refused to sell it.

Abdullah added: “My home has been crowded with people who want to see the shark. “Many people want to buy it, but I will preserve it instead. I think it will bring me good luck.”