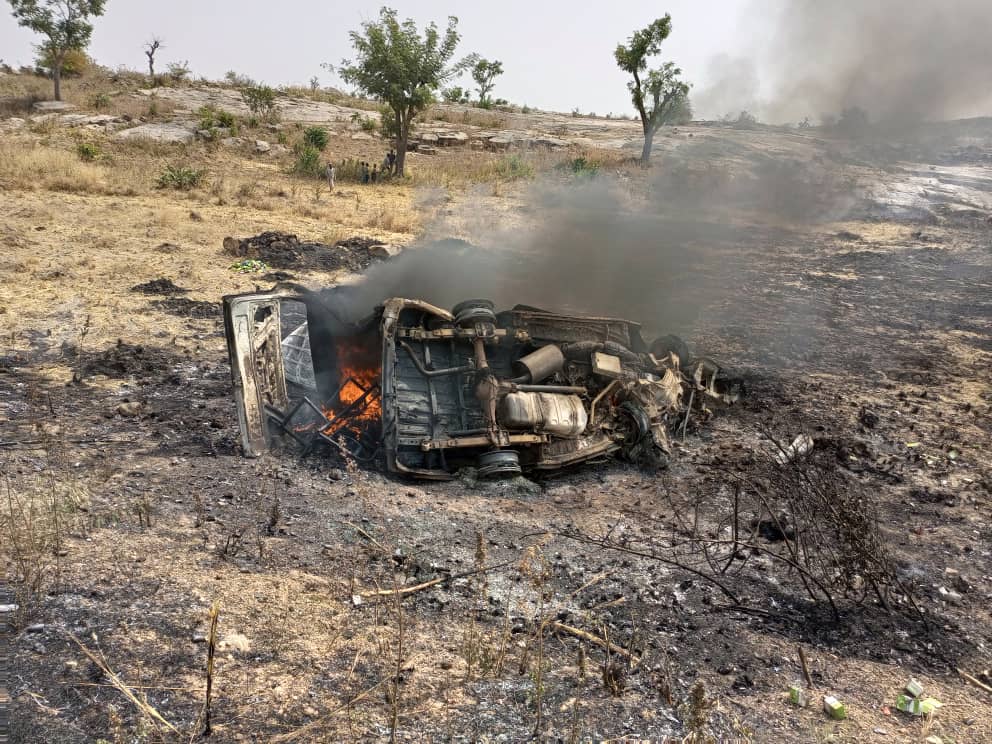 The Bauchi State Sector of the Federal Road Safety Corps (FRSC) has confirmed that seven persons died on Thursday afternoon in a fatal accident, while two others sustained varying degrees of injuries in the crash that occurred at Haka Yafi village on the Bauchi-Jos highway.

According to Abdullahi, the two vehicles were in opposite directions when the accident occurred and attributed it to over-speeding by the two drivers.

The sector commander informed that one Mustapha Adamu drove the Sharon mini bus, while the name of the other driver, the Toyota Hiace could not be ascertained immediately during the rescue operation by personnel of the FRSC.

He informed that the corps was notified of the crash at about 12:35, adding that personnel were deployed to the accident scene immediately for rescue operation.

The sector commander further disclosed that the two injured persons in the accident were taken to the Abubakar Tafawa Balewa University Teaching Hospital (ATBUTH) in Bauchi for treatment, while the remains of the seven deceased were deposited at the hospital’s mortuary.

Abdullahi added that items recovered from the scene of the accident included six various mobile phones and the sum of N109,090 cash.