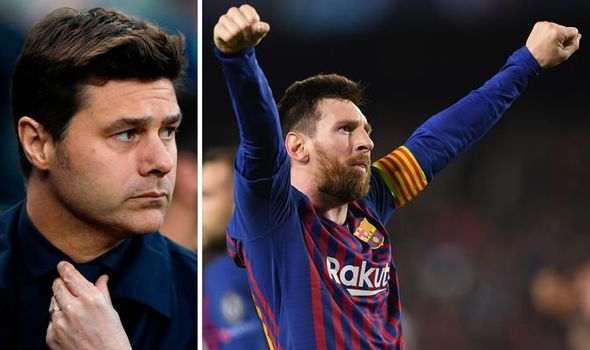 Mauricio Pochettino, the Paris Saint-Germain manager, has confirmed that the club is trying to sign Lionel Messi.

The French club has contacted Messi after Barcelona announced he will be leaving on Thursday.

Speaking at a press conference ahead of their opening game of the league season, Pochettino confirmed the information.

“Of course [signing Messi] is a possibility,” he said.

“The club is working on it and if there is any information we will communicate it as soon as possible.”

US: World Leaders Send Congratulatory Message to US President, Joe Biden As He Takes Over From Trump

Wow! This Cosplayer Looks Like A Pretty Lady But Is Actually A 30-Year-Old Man (Photos)