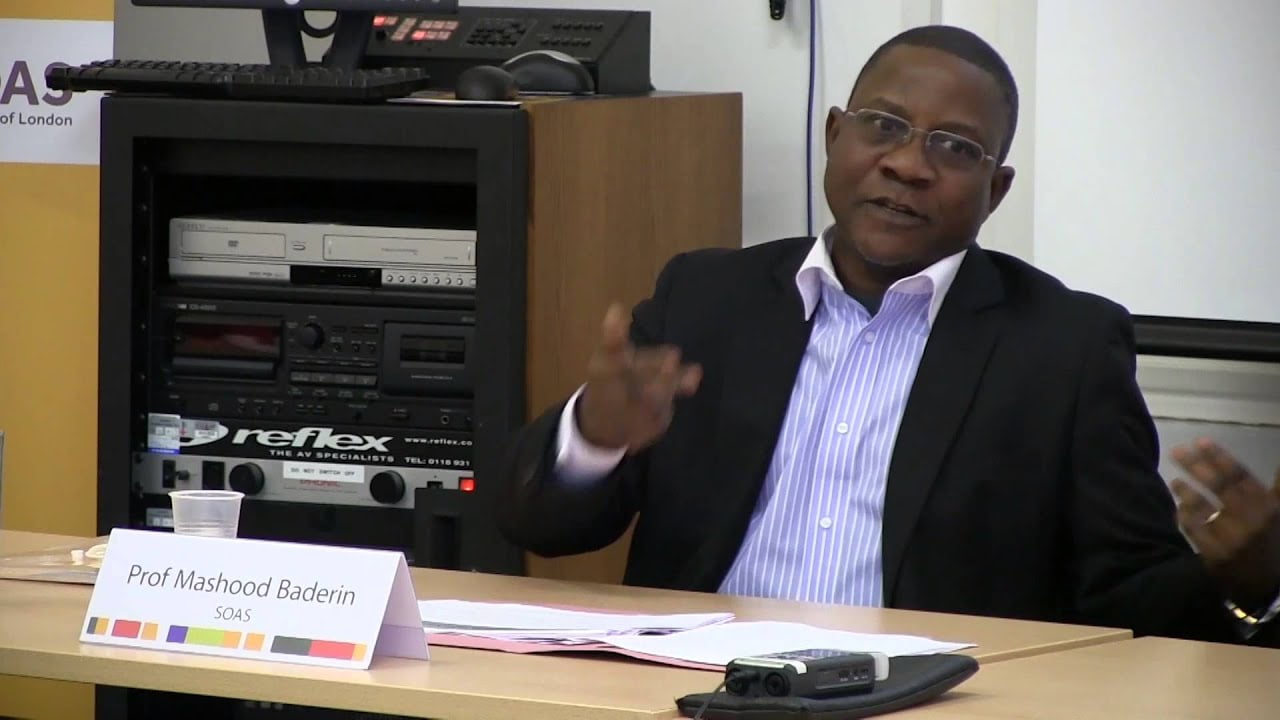 A Professor of Law, in University of London, Prof Mashood Baderin has said that the issue of human integrity must be taken very seriously in Africa, if the continent should develop beyond.

The professor of law School of Oriented & African Studies (SOAS) said that a nation or organisation cannot develop beyond the integrity of its leaders and people, describing corruption as one of the problems facing African countries.

The don noted this while delivering a lecture at the 3rd Prince Tunde Ponnle annual lecture series at Osun State University (UNIOSUN) on Thursday.

Speaking on the theme; Human Rights-Based Approach to Sustainable Development in Africa: Challenges, Opportunities and Prospects, Prof Baderin called on all stakeholders to integrate inclusive theory to “increased human well-being, social and environmental sustainability, and empowerment.”

In his words, “The leadership of a people should reflect the best amongst them, and thus the integrity of the populace is implicated by the leaders they elect. In Africa, most people often compromise their integrity when electing their leaders. People sell their votes for monetary, ethnic/tribal or religious gratifications and then turn to complain when the leaders mismanage state resources.

“The issue of human integrity must be taken very seriously. This applies to the whole populace, the leadership and the masses. It is well established that a nation or organisation cannot develop beyond the integrity of its leaders and people.”

Prof Baderin concluded that the continent must improve governance and resolving conflict noting that “this is perhaps the most basic requirement for faster development.”

He added that Africa should prioritise investing in its people for accelerated poverty reduction.

“Increasing competitiveness and diversify economies. Reducing aid dependence and strengthening partnerships,” noting that Africa is the world’s most aid-dependent region and that this weakens institutional capacity and undermines accountability.