Nigerian singer, Ayodeji Balogun aka Wizkid is coming back for his spot in the music industry as he spent the past few weeks releasing new projects ahead of his soon-to-be-released Made in Lagos album.

Wizkid got his fans and followers on social media excited again after announcing the release of an official music video for his single, Smile, which features H.E.R.

The proud father of three boys featured his kids in the video – Fans of the singer seem to be thrilled about the new project as many have hailed him PAY ATTENTION.

Interestingly, the singer had an unexpected surprise for his fans as he allowed his three children Bolu, Zion and Ayo, make a cameo appearance in his video for the first time.

Wizkid was spotted with his last born Zion while the other two sons were filmed alone.

See his posts below: 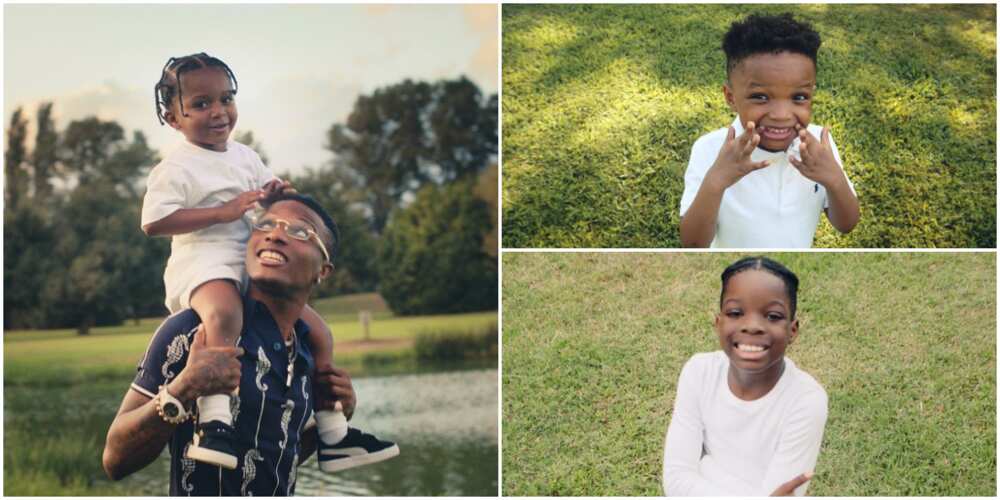