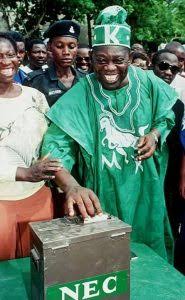 It has been alleged that Moshood Kashimawo Olawale Abiola gave financial backing to military leaders who staged the 1985 coup.

This was revealed by Femi Fani-Kayode, former Aviation Minister on Twitter.

Fani-Kayode alleged that Abiola funded the coup that removed President Muhammadu Buhari from power in 1985.

He claimed that the same people Abiola used to remove Buhari from power annulled the 1993 presidential election he won.

The Peoples Democratic Party, PDP, chieftain disclosed this in a series of tweets.

According to Fani-Kayode: “MKO Abiola funded the coup that removed Buhari from power in 1985 yet it was the same people he put in power that year that annulled his election as President 8 years later in 1993. What an irony! Again the same Buhari he removed from power in 1985 was the one that, 35 years later.

“Once back in power, apologised for the annulment of his 1993 presidential election and mandate even though he had no hand in it and immortalised his name by declaring June 12th Democracy Day. This is instructive! No matter what u say or think about Buhari, he did well on this one.”

Buhari recently changed Democracy Day from May 29 to June 12 in commemoration of Abiola, following the annulment of the 1993 presidential election he won. 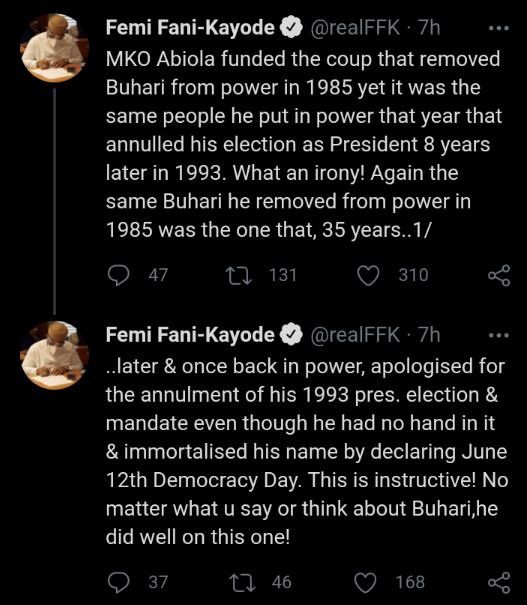