Nancy Duarte Rodriguez stood helplessly in the pouring rain as the earth behind her home shifted and then washed down the mountain, destroying almost everything she owned.

This disaster was caused by two hurricanes which followed in quick succession, wiping out homes, crops and in some tragic cases, lives.

Hurricane Eta and Iota killed 270 people in Central America in November 2020 and their impact on families like hers has been devastating.

Never in meteorological history had two storms made landfall so close in time and place at a Category 4 intensity.

The likelihood of an Atlantic storm intensifying to become a major hurricane has increased by about 8% per decade over the past four decades, according to research.

“During Eta we had heavy rains all day and night, causing the soil on the mountain where we live to become saturated with water,” 32-year-old Nancy says.

“By the time Iota hit us 14 days later, mudslides came thick and fast.

“At about 10am on November 18, I was at home when I heard one of my cousins shout at me to get out of the house immediately.

“The rain was coming down hard but I hadn’t realised that part of the mountain was sliding towards the house.

“After grabbing what I could and fleeing for my life, I heard what sounded like a small explosion and as I looked up, I saw the land pummelling down on top of the house.”

The destroyed parts of the plantation
(
Maynor Orlando Valenzuela Cisneros)

She adds: “I placed my hands on my head as I tried to process what I was seeing.

“A lump formed in my throat as I sobbed silently. My home was destroyed.

“All the land, stones and crops were still sliding and I was left without a house, with nothing.”

After about 30 minutes, Nancy and her cousins went to see what they could salvage from the rubble but it was still raining and there was a chance of another landslide.

With their hearts still pounding, they could just about make out the desperate meow of their kitten amongst the pouring rain.

“We found her in what was left of the kitchen under all the debris and mud, her little nose poking out,” Nancy says.

“She was the only thing we managed to save that day.

Nancy’s cat was rescued from the debris

“The structure of the home, the kitchen, the bathroom, the organic waste drain that we had recently erected, as well as an essential water drain had been demolished by the landslide.”

One year on, the house still needs some repairs but the family were lucky in some ways that day.

By some miracle, their coffee crops survived the storms. Others were not so lucky – entire coffee farms in the region were wiped out.

“I am proud to come from a long line of coffee farmers in Nicaragua and took over our small family-run business from my late father, who died in July 2020,” Nancy says.

Nicaragua has 40,000 coffee farmers, with 84% of them being small producers like Nancy.

But living on the front line of the climate crisis is making life even more challenging.

Nancy says: “When my grandparents settled on the mountain in 1967, the land was fertile and the climate was ideal for growing coffee. Now 54 years later, coffee is still cultivated on the same land but the temperature increase we’re experiencing is destroying our crops.”

And by 2050, about half of land used for high-quality coffee will be unproductive, studies show.

Crops are also affected by fungus such as coffee rust and berry spot which wipe them out.

Extreme weather resulting from climate change only hastens the spread of this fungus.

It’s thought these factors alone could wipe out as much as two-fifths of Central America’s coffee crop.

“This is a heartbreaking statistic, Nancy says. “My late father, who died age 65, is my greatest source of inspiration and pride in life.

As a coffee farmer he made sure not to harm the environment and taught me the best approach to use and manage natural resources, which is what I will eventually study at university.

“He worked for almost a decade to become a 100% organic coffee producer and run a self-sustaining farm while still protecting a portion of the virgin forest. Our farm, Rancho Viejo, was his life’s work until the end of his days.

“I had to take over the unfinished business when he died because harvest time was approaching and the place was so special to him. So I committed myself to carrying on his legacy.”

In the past three years alone climate change and emigration has had a significant impact on the cultivation, harvest, and profitability of coffee.

Last year coffee ripening was delayed by the heavy rains that affected the country, but this year it began early in October due to a lack of rain.

And many people in the rural regions are emigrating in search of higher-paying jobs, so the labour force for coffee harvesting has decreased significantly throughout the years.

“We fear the hurricanes we faced last year are just the beginning,” Nancy says.

“It is getting harder every day to continue my father’s legacy as a sustainable and responsible coffee farmer, but I will carry on for as long as I can.”

Hixell volunteers with Raleigh International Find out more and support their work here.

Raleigh International is a global youth action organisation supporting a global movement of young people to take action for the planet.

Young people are at the forefront of building a fairer, more inclusive and greener world, and are actively confronting the planet’s most urgent crises through Raleigh International’s Action Not Excuses global campaign.

Dame Chance – meaning ‘to give a chance’ – is an Action Not Excuses campaign led by young people in Nicaragua to reduce deforestation and improve green livelihoods. 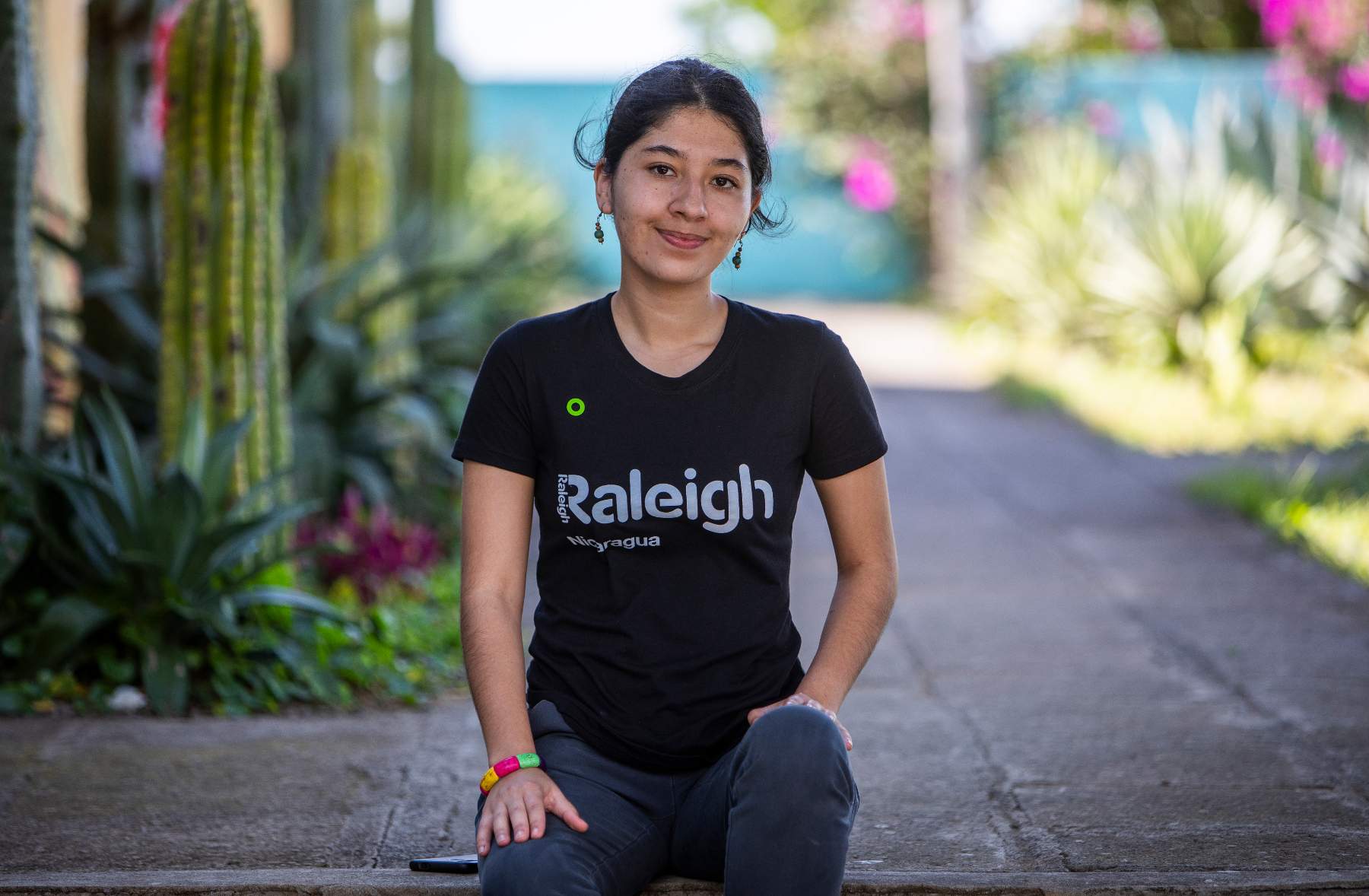 Through the work of this Action Not Excuses campaign, young people from rural communities are developing new job opportunities and working with local communities to conserve and protect Nicaragua’s precious forests.