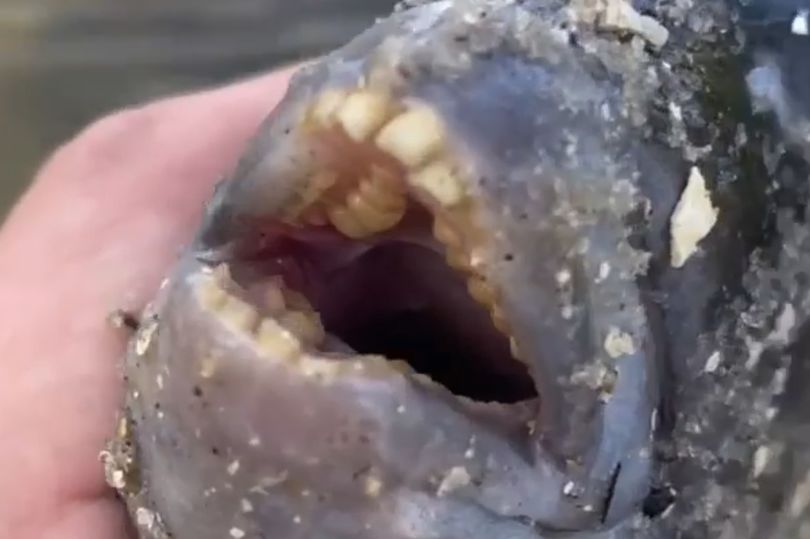 A 33-year-old fisherman Paul Lore, was recently shocked when he caught a really weird fish while fishing.

The striking fish with human-like teeth gave the unsuspecting angler in the United States a shock after it chomped down on his bait.

Fisherman Paul Lore described his catch of the day as “one of the weirdest” fish he has ever reeled in based on its bizarre looks.

Paul from Hawaii was fishing near Melbourne, Florida when he had to take a snap of his well-toothed find before releasing it back into the water, LadBible reports. 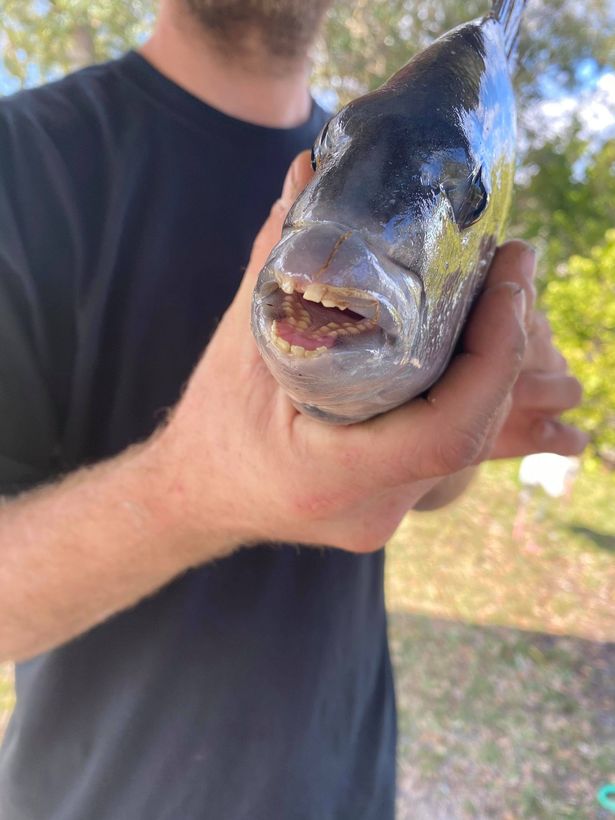 He said: “It has a zebra pattern of colouring and the body is more like a snapper-type fish – very compact but meaty.

“The teeth can only be described as human-like teeth, but upon further inspection, you’ll notice they have rows of these teeth like a shark.

“Most of them have two to three rows with very strong bite power – not enough to take a finger but enough to make you never go near the teeth again.”

He added: “It’s one of the weirdest fish I have encountered just based on the appearance.”

There is good reason however for the fish to appear to have so many large teeth which they start growing when they are only 4.5 millimetres long.

Known as a sheepshead, it has evolved to have such an impressive set to crunch down on hard-shelled food from barnacles to crabs. 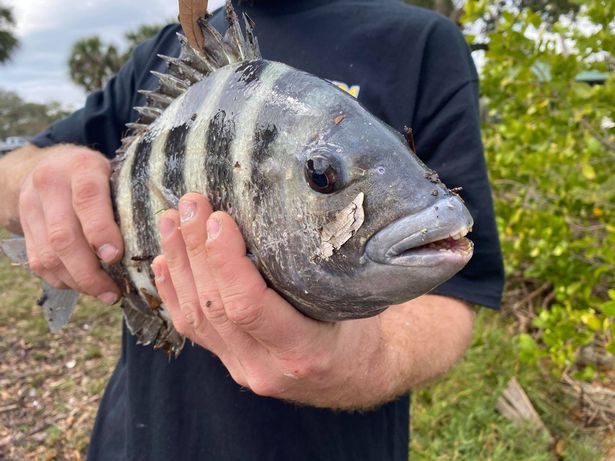 Paul explained: “They use these teeth to break barnacles, clamshells, and crab shells.

“They mainly consume crustaceans, so they need these type of teeth to break them open.

“Then the shells come out of their gills almost like a filter so they do not consume a lot of the shell.”

He continued: “The fish is nicknamed ‘the poor man’s crab’ around my parts.

“That’s because they are easy to catch and they mainly eat different types of crab and shrimp so they taste like crab meat.

“They are very strong swimmers, as soon as you hook them they swim sideways with a lot of force so even a small one feels like a huge fish.”

Sheepshead can grow up to 76cm long and even have a bay named after them in New York City, they are that common.

Wow! This Cosplayer Looks Like A Pretty Lady But Is Actually A 30-Year-Old Man (Photos)