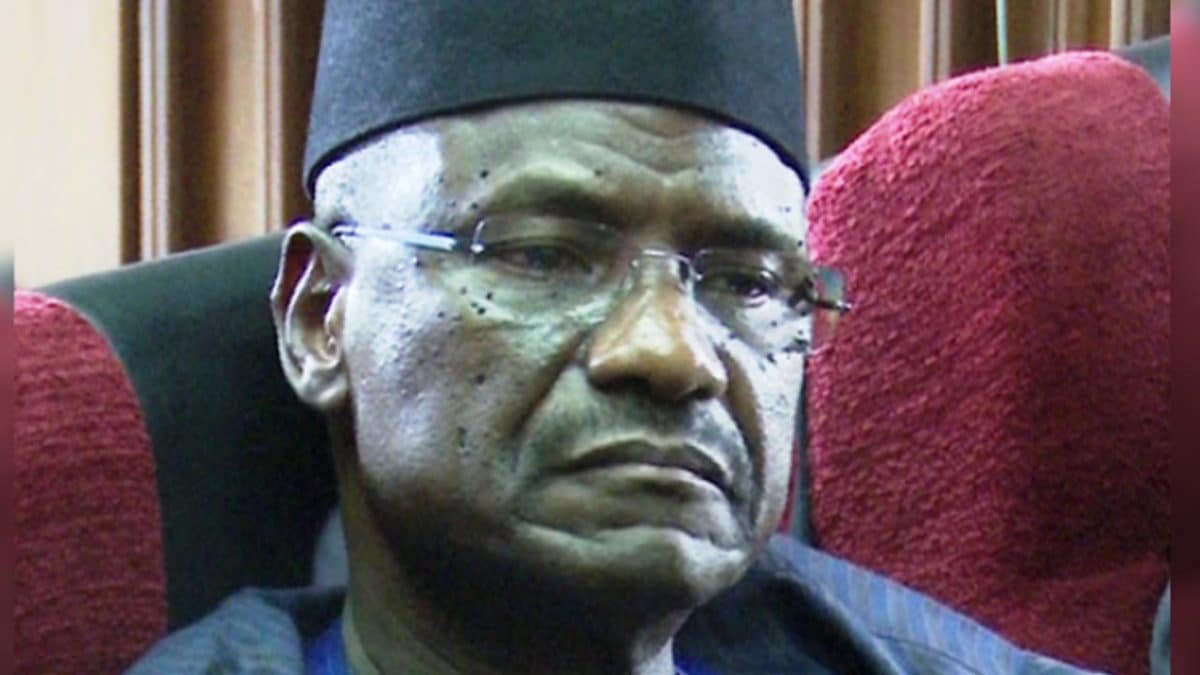 A Federal High Court in Abuja on Friday discharged and acquitted an ally of President Muhammadu Buhari and member of the Presidential Investigative Committee on Arms Procurement (PICAP), Air Commodore Umar Mohammed (rtd), from the $1.03 million money laundering charges brought against him by the Federal Government.

Justice Inyang Eden Ekwo, in a judgment, held that the prosecution failed to prove its case against Mohammed and his firm, Easy Jet Integrated Services Ltd.

The office of the Attorney-General of the Federation (AGF) had arraigned Mohammed and Easy Jet on a five-charge, marked, FHC/ABJ/CR/145/2016, accusing him of engaging in money laundering and illegal possession of guns.

In counts one and two, Mohammed and Easy Jet were charged with conspiracy and laundering $1,030,000.

Mohammed was, in count three, accused of possessing “two pump action with serial number SBSG Magnum 397 and SBGS Interpress No. 09-1573, without valid licenses.”

He was, in count four and five accused of unlawfully possessing “classified/official documents without lawful authority.”

The prosecution called only one witness and closed its case, following which the defence made a no-case submission, which the court partly upheld in a ruling on July 15, 2021.

In the ruling, the court struck down counts three, four and five, and ordered the defendants to enter defence in relation to counts one and two.

The defence subsequently called Mohammed as its only witness, but he was not cross-examined by the prosecution at the conclusion of his testimony.

In his judgment on Friday, Justice Ekwo noted that not only did the prosecution fail to cross-examine the defence’s sole witness, it also failed to tender the $1,030,000 which formed the subject of counts one and two.

The judge said by failing to cross-examine Mohammed, it implied that the prosecution admitted his claim that he did nothing wrong.

He added that the implication of the prosecution’s failure to tender the $1,030,000,000 was that it has nothing to sustain its allegations in counts one and two.

“Now, if the $1,030,000 of $100 denomination mentioned in count one was never tendered in court, it suffices to say that there was no offence in the first place.

“Nobody can be held to have conspired to do that which that has not been established.

“The allegation in count two is acceptance of the sum of $1,030,000,000 of $100 denomination, in cash from Worldwide consortium PTY Ltd, as payment for flight services without going through a financial institution as required by the Law.”

“In the same vein, if the sum of ($1,030,000) of $100 denomination mentioned in count one was never tendered in court, it suffices to say that there was no offence in the face place.

“It can then be said that the essential ingredient in this case which is the sum of $1,030,000) of $100 denomination was not proved beyond reasonable doubt and the allegation falls for lack of evidence.

“Where, at the conclusion of trial, the prosecution failed to prove the essential ingredients of a charge, thereby leaving any doubt in the mind of the court, the court is bound to resolve the doubt in favour of the defendants.

“As it is, the doubt in me is resolved in favour of the defendants and I so hold. I make an order discharging and acquitting the defendants in this case. This is the order of this court,” Justice Ekwo said.

One Campaign advises Blinken as US Secretary of State visits Nigeria, others