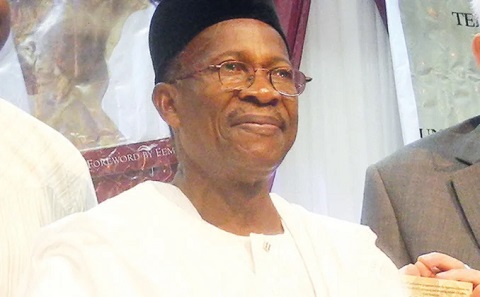 An All Progressives Congress chieftain and labour unionist, Chief Frank Kokori has claimed that ‘a powerful cabal’ is running Nigeria.

He revealed this while recalling how he was appointed as the Chairman of the Nigeria Social Insurance Trust Fund by the acting President, Yemi Osinbajo, in October 2017.

He, however, said when the President, Major General Muhammadu Buhari (retd.), returned from his medical leave in London, the powerful cabal in the Presidency reversed the appointment.

The Minister of Labour and Employment, Chris Ngige, later inaugurated his ally, Austin Enajemo-Isire, as the chairman after refusing to inaugurate Kokori for nearly two years.

Speaking with The PUNCH in a recent interview, Kokori, who is a chieftain of the All Progressives Congress, said people took advantage of Buhari’s old age to exploit the system.

He said, “Buhari has a limitation and that is age. I think that is one of his problems and those people around him—those we call the Presidency, the cabal or the mafia—are exploiting it. They do anything on his behalf and they would write ‘The Presidency says so.’

“They dispel positions, like when I was made the chairman of the Nigerian Social Insurance Trust Fund by the then acting president, Vice-President Yemi Osinbajo, when Buhari went abroad. When he came back, they felt that Kokori would be too strong in that position because that is where the workers’ pensions are warehoused and it’s a goldmine for corrupt people.

“In fact, at the last moment, they sold the position to their stooges and you know that struggle. The entirety of Nigerian workers and even the media were backing me, but (the late Chief of Staff) Abba Kyari was in charge. They took the job from me, even though Buhari told me on June 12 that year that ‘you will resume at the end of the week.’”

Kokori revealed that Buhari had signed off on his appointment and told Ngige to go ahead and inaugurate him but the President’s directive was disobeyed.

“He (Buhari) did everything, but for the cabal. And you can’t reach Buhari anymore; that is one of his weak points. He is one of the most inaccessible Presidents in the history of this country. Without his cabal, we don’t get to see him—except for his ministers who see him during the Federal Executive Council meetings. He does not come out, so you can’t see him,” Kokori added.

The activist, who led the Nigeria Union Of Petroleum And Natural Gas Workers during the days of military dictatorship, said whenever he tried to see Buhari, an appointment would be fixed but they would not allow him to see the President.

He stated that he would instead be referred to the Secretary to the Government of the Federation.

“I’ve never seen a man like that. I have seen every Nigerian president I have wanted to see since I was a young man in NUPENG. Even after I left NUPENG, I could see any president I wanted to see. But I can’t see Buhari up till today, apart from when people were campaigning for him in Delta State, he would come to meet us and we would take him round. After that, he would forget everybody,” said Kokori.

The APC chieftain said the President was surrounded by people who were not giving him good advice, adding that the cabal was more powerful than Osinbajo who is the second most senior member of the federal executive.

Shocking! 5-Month-Old Baby Dies As Man Jumps From 17th Floor Of Building And Lands On Its Pram

Horror! Tourist Dies After Swallowing His Car Keys As Officials Failed To Understand His Plea For Help