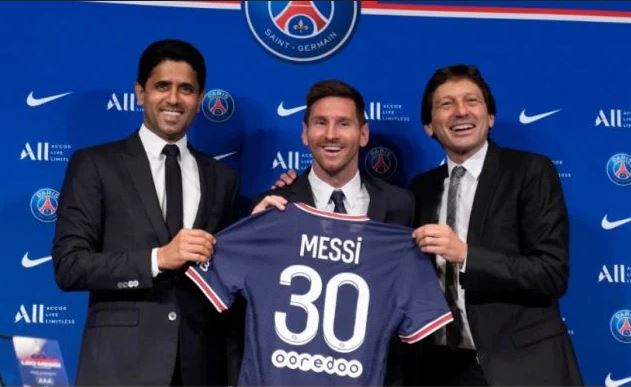 World-famous footballer, Lionel Messi said on Wednesday he is “dreaming” of winning a fifth Champions League after signing a two-year contract with Paris Saint-Germain.

“I have said my dream is to win another Champions League and I think I’m in the ideal place to have that chance and to do it,” he said as he was unveiled as a PSG player.

The 34-year-old claimed the last of his European titles with former side Barcelona in 2015, while the Qatari-owned Parisians are yet to clinch the continent’s elite club competition.

He, however, explained that winning the Champions League is not easy.
He said, “It’s not easy. Sometimes you can have the best team in the world and not win it – that’s football.

“PSG knows that perfectly, they’ve been so close. It’s very difficult to win it.

“You need a very united squad – this dressing room is very united. But you also need luck and you can also chase the luck. It’s a very special competition – we all want to win it.”