Shortly after the Lipton Tea party on Wednesday night, Nengi walked in on Neo washing his partner’s panties and froze in shock.

At that moment, Vee was complaining that one of her undergarments was missing only to discover that her ‘man’ was washing it.

Nengi, who could barely contain her surprise, went on to refer to Vee as a lucky girl.

“Wow Vee, you are such a lucky girl, Neo even washes pants?”, she asked.

Exactly a year ago, Frodd was also spotted washing Esther’s panties and was trolled for months even after he was evicted.

The scene had led to hot social media debate especially on Twitter with Nigerian celebrities wading into the matter.

Summary of today's gists so far; A thread

1.
Chaos filled the TL today when we saw a video of Neo(BBNaija housemate) washing the pant of Vee.
While some said he was securing an American visa others said he is dumb for doing that…
Vee even said "My dear one pant is missing"😭 pic.twitter.com/70b95NfQxv

Interviewer: Neo, we saw you washing Vee's pant. Why did you do such?

Neo: Vee is my woman and I'm always happy to do anything for her

Vee: Neo, hold on.. Interviewer Pls, I think whatever happens in my relationship shouldn't be your concern. You fucking Noser😏😏#bbnaija pic.twitter.com/FR4Hn0NA6m 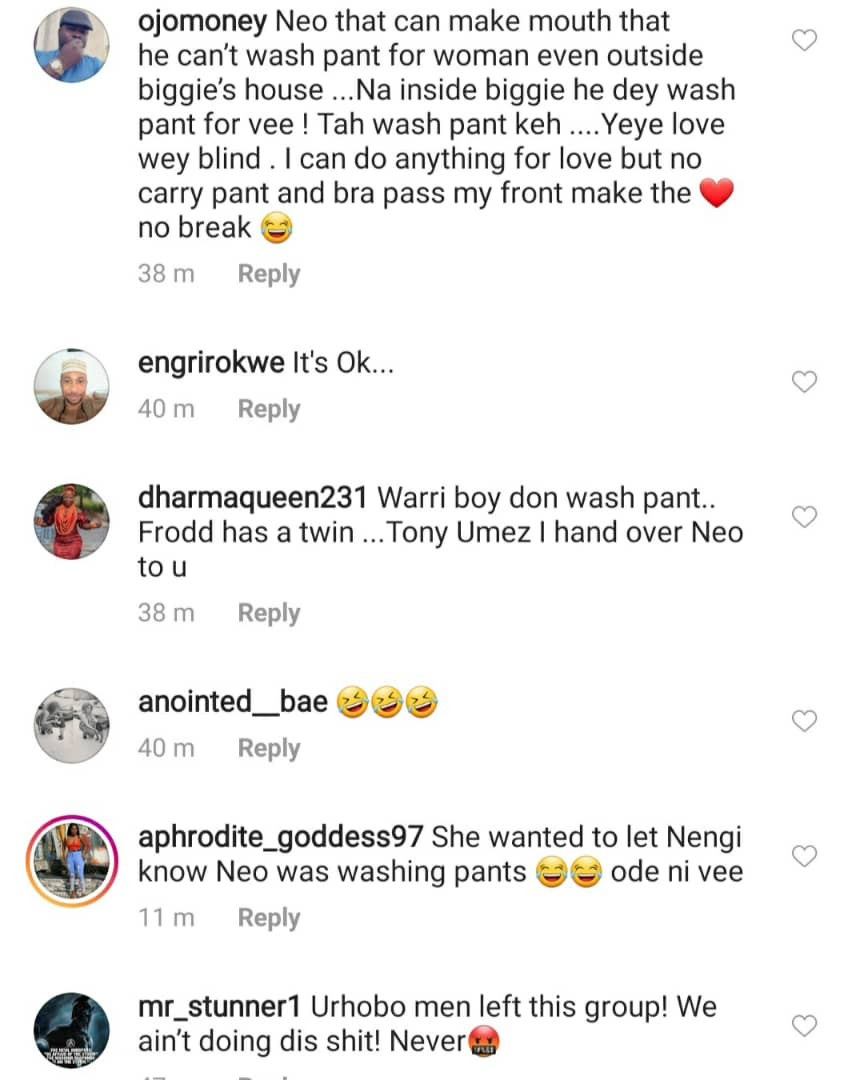 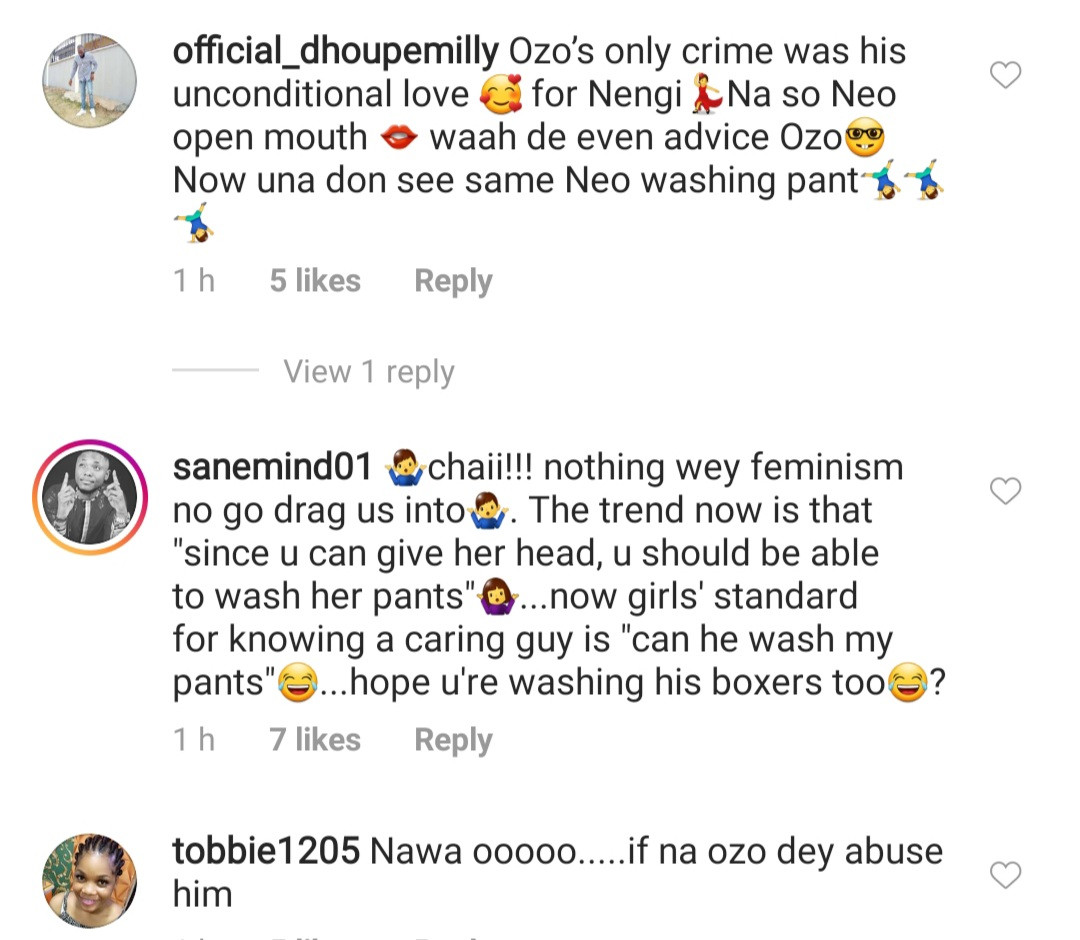 Devastating things that happen when you commit suicide

Because I am a woman so I should be worthless?