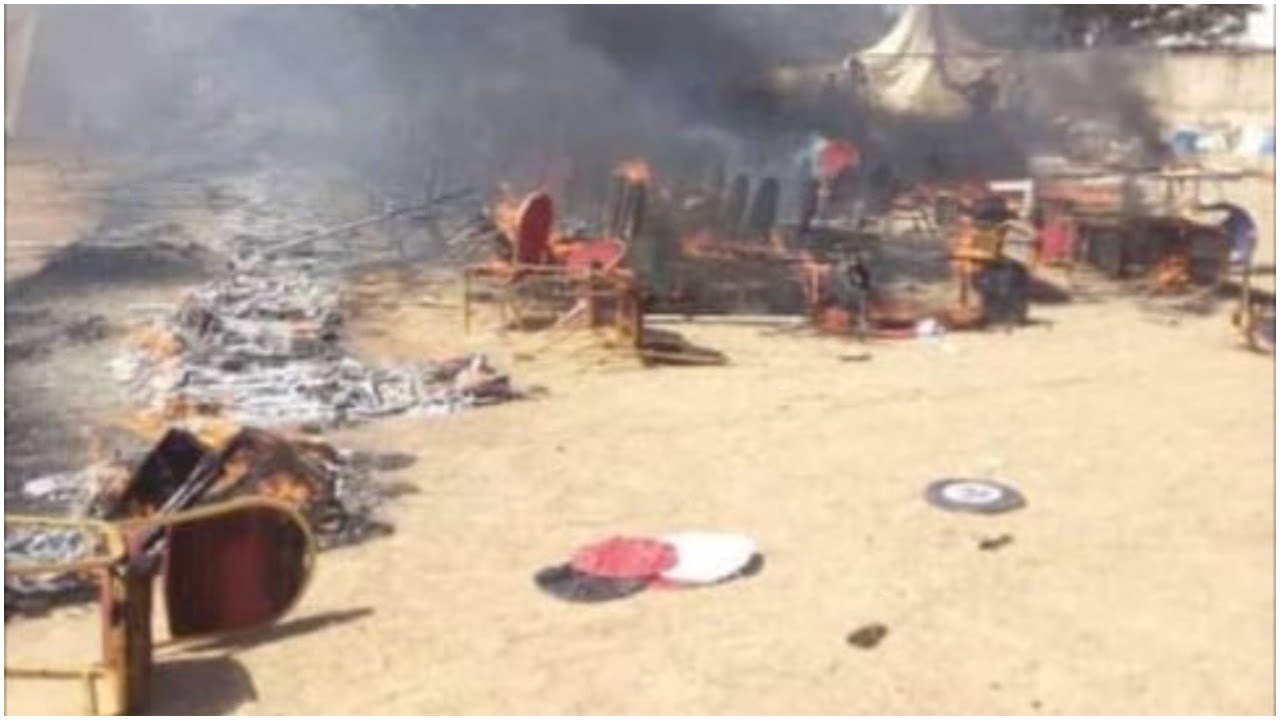 The controversy surrounding the 21st memorial anniversary of Sayawa nation crusader, Baba Peter Gonto, came to a head, on Friday as houses and other valuables worth millions of Naira were set ablaze by irate youths in Bogoro, the headquarters of Bogoro Local Government Area of Bauchi State.

DAILY POST reports that recently, there were claims and counterclaims over the memorial anniversary, with some Sayawa personalities, including a former Speaker, House of Representatives, Yakubu Dogara, opposing the event, while some, including youths, insisting that it must hold.

Dogara, who represents Bogoro/Dass/Tafawa Balewa federal constituency in the National Assembly, wrote a letter to the Inspector General of Police, Alkali Baba, citing security concerns, which he claimed could lead to a break of law and order in the area.

Some youths, under the aegis of Concerned Mwari Youths Forum, however, refuted Dogara’s claim, insisting that holding the memorial in honour of the late Gonto would rather unite the Sayawa nation, contrary to the claim of the former Speaker, House of Representatives.

Another group, Mwari Youth Development Association, rejected the event, claiming that if allowed to hold, it would divide the Sayawa people and lead to a breakdown of law and order in the area.

Despite all the controversy, organisers of the event were setting up on Friday when irate youths stormed the venue, Government Day Secondary School, Bogoro and set the stage and other things meant to be used for the programme on fire.

The irate youth had earlier waylaid the convoys of the Emirs of Bauchi and Dass on their way to Bogoro and damaged the official car of the Emir of Dass, Usman Biliyamin Othman.

Other cars in the traditional rulers’ entourage were said to have been attacked, which forced the first-class royal fathers to terminate their journey and make a u-turn back to their domains.

Hoodlums later took over all roads leading to Bogoro, preventing people, including journalists, government officials from entering the town.

DAILY POST gathered that the violence erupted as a result of the organisers’ exclusion of some prominent Sayawa sons and daughters in the memorial anniversary.

It was learnt that the state governor, Bala Abdulkadir Mohammed, who was billed to be the special guest of honour at the event, was prevailed upon not to attend due to security concerns.

2023 presidency: Dokpesi in Katsina for Atiku