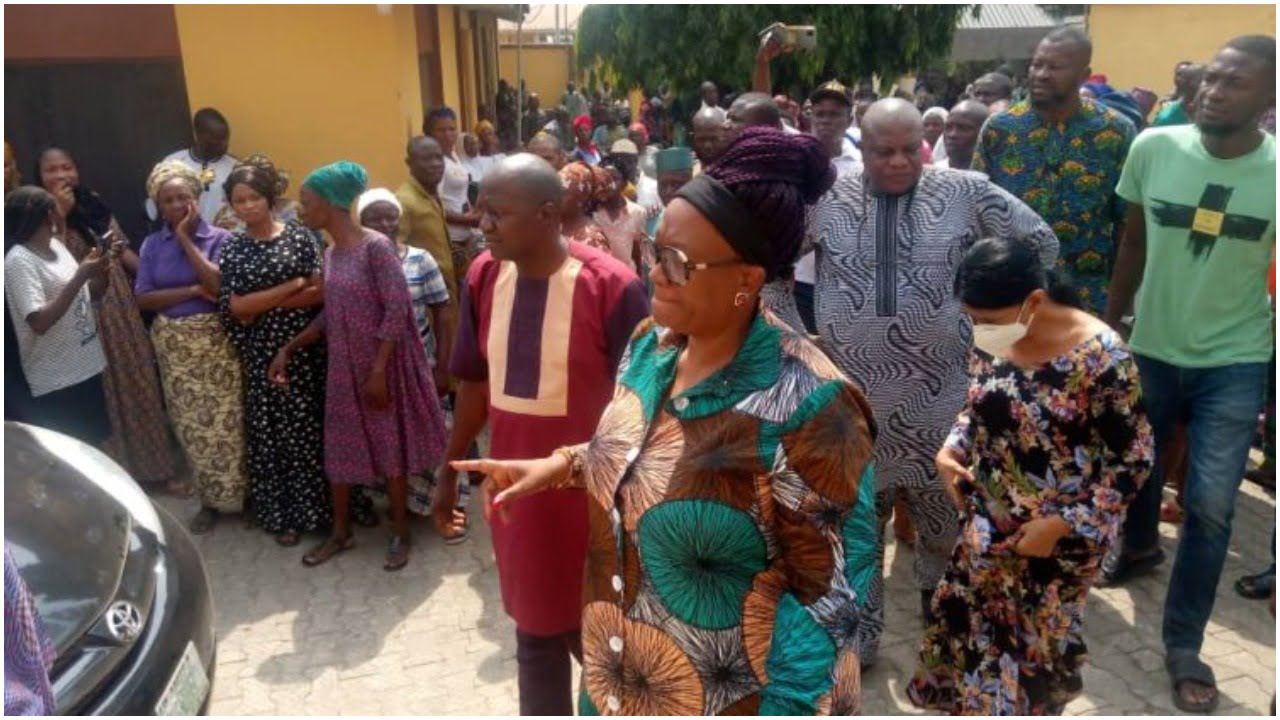 Scores of sympathisers, family members, friends and associates of a former Governor of Oyo State, Christopher Adebayo Alao-Akala have besieged his Ogbomoso residence to pay their condolences.

The ex-governor died in his hometown, Ogbomoso in the early hours of Wednesday.

Alao-Akala, a former police officer was the Governor of Oyo state between 2007 and 2011.

He was the Deputy Governor to former Governor Rasidi Ladoja between 2003 and 2007.

Alao-Akala had earlier served as Chairman of Ogbomoso local government area, between 1999 and 2002.

Following the report of his death, sympathisers, friends, family and associates of the one time Governor have now stormed his residence christened Opadoyin villa in Ogbomoso.

Some of the early callers to the residence included those from the five local government areas that make up of Ogbomoso geopolitical zone of the state.

The sympathisers were seen eulogizing the former Governor

Those who were at the house to sympathise with the family include women, youths, the aged and those who had benefitted from Alao-Akala’s benevolence.