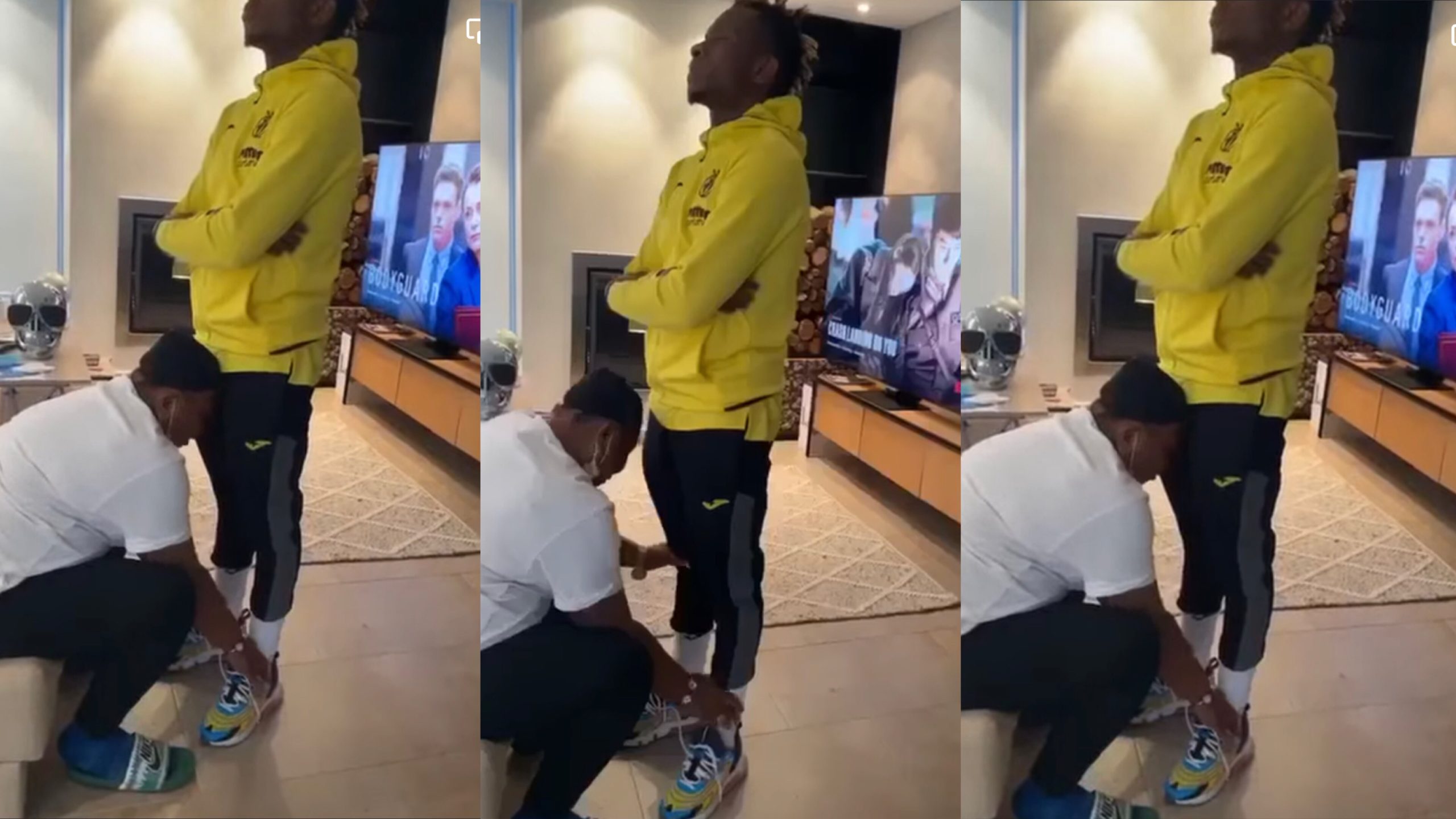 A viral video of where the mother of Super Eagles forward, Samuel Chukwueze was seen passionately praying for her son has emerged.

In the 30 second video, the mother of the Villarreal star was seen praying in both Igbo and English languages while holding her son’s legs.

Chukwueze is currently with the Super Eagles team already in Cameroon to participate in the 2021 African Cup of Nations, AFCON.

He is expected to feature for Nigeria when they take on Mohamed Salah-led Egypt on January 11, in their AFCON opener.

The Nigerian winger is under contract with Villarreal until 2023 and has been linked with Liverpool, Everton and Manchester United in the Premier League.

The 22-year-old joined the Spanish giants after impressing at the 2015 FIFA U-17 World Cup when he helped the Golden Eaglets win the title.

Chukwueze scored eight times in 38 matches in all competitions in his first season at the elite level.

He managed four goals in 41 games in the following campaign, before scoring five times in 40 matches last season as Villarreal ended as the Europa League champions.

Use of methamphetamine spreading fast in Rivers – NDLEA

EPL: Aubameyang to join Barcelona after being stripped of Arsenal captaincy