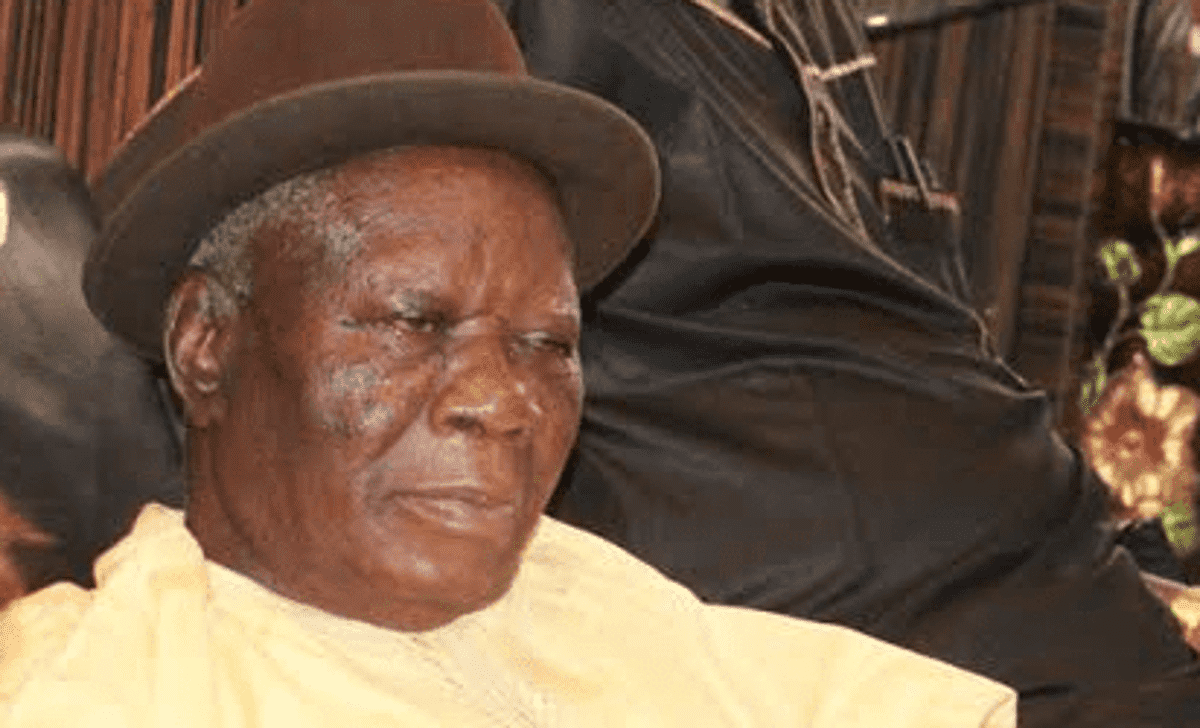 An Ijaw national leader, Edwin Clark, has claimed the National Leader of the All Progressives Congress (APC), Asiwaju Bola Tinubu, is afraid to speak on the clamour for restructuring of the country.

Clark, speaking at a press conference in Abuja on Wednesday, said Tinubu is keeping quiet on the issue because of his 2023 ambition.

Tinubu has not officially declared intentions to run for the 2023 presidency, but his political associates have begun running campaigns for him.

“What several Nigerians want is the restructuring of the country in order to douse the tensions and agitations which is almost tearing the country apart today. This is the main cause of the high insecurity being experienced.

“The Tinubus who brought restructuring to the manifesto of APC have not spoken about it, because they fear that if they do, they will not be allowed to contest for the presidency of the country, come 2023,” Clark said.

He added: “We want to reiterate that we are more patriotic than those who do not believe in restructuring of Nigeria, even though we are very well pleased to shame them, because majority of other Nigerians also believe in the restructuring of the country. We, however, wish to advise those minority to follow us, the majority, as we mean well for the country.”